Last weekend, I had the opportunity to check out the historical Marvel movie Black Panther. It was wayyyy better than the hype behind it I must say! Normally, if a lot of people are hyping something up online or through television media, I will shy away from it. But for this particular film, I decided to check it out for myself…..and it was well worth it! Black Panther featured an all back cast for starters so this was more than just a new movie premiere. This particular movie is historical for Black History month. Lets take a look at the cast below for a brief description on the film. WARNING: If you haven’t watched it yet don’t read this post yet!! I highly recommend you see the film first and then come back and read.

Photography provided by US Weekly

Played by South Carolina native actor Chad Boseman, T ‘Challa is the main character of the film whom is also known as the Black Panther. T ‘Challa is the son of Ramonda, the nephew of Zuri, and the brother of Shuri.

M’Baku is played by Winston Duke in which he is highly eager to take the throne as King of Wakanda, even if it means battling the Black Panther for it.

Killmonger, played by Micheal B. Jordan, is the nephew of Ramonda and distant cousin of the Black Panther. He ends up invading Wakanda as the new king after defeating the Black Panther in a battle for the throne.

Shuri is played by Letitia Wright. She stars as the princess of Wakanda, as she is the sister of the Black Panther and the daughter of Ramonda. She helps towards keeping Wakanda protected from outsiders by providing technological support for her brother the Black Panther.

Lupita Nyong’o plays Nakia, the former girlfriend of the Black Panther and current Wakanda female warrior. She helps stop the invasion of outsiders from entering Wakanda, along with the defeat of Killmonger.

Danai Gurira stars as Okoye, another female warrior just like Nakia who fights for the stand of Wakanda. 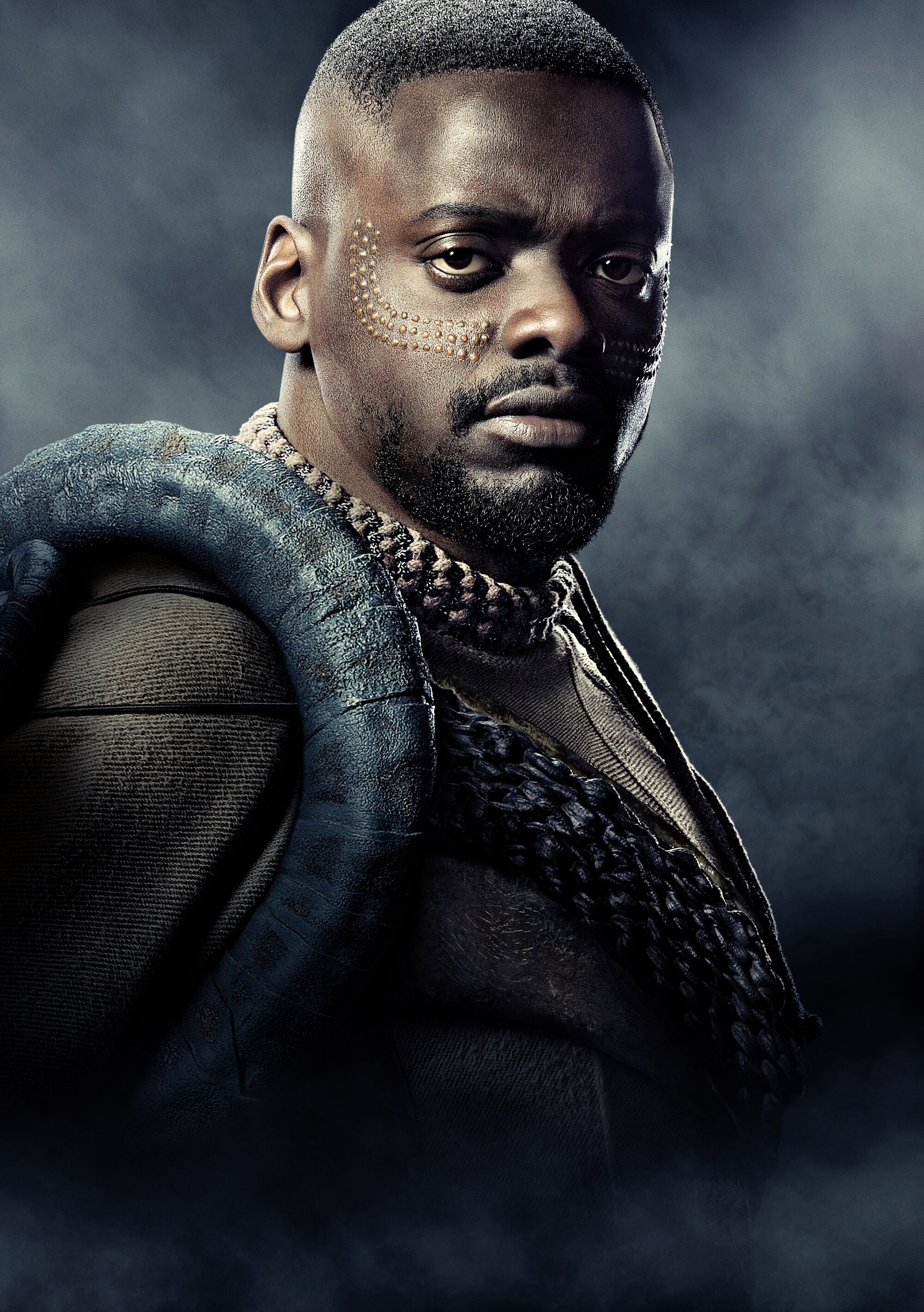 W’Kabi is played by Daniel Kaluuya whom you may remember for the hit movie of last year Get Out. He stars as T’ Challa’s second in command in which he protects Wakanda from potential outside invasions.

Ramonda is the mother of T ‘Challa  and the mother in law of Zuri. She is played by award winning actress Angela Bassett.

Played by award winning actor Forest Whitaker, Zuri is the uncle of T’ Challa, brother of T’Challa’s father T’Chaka and the brother in law of Ramonda. He is partly responsible for the rise and invasion of Killmonger after the death of Killmonger’s father. Looking for a at home job position that will pay you to watch movies, documentaries, and television series? Place your application with Blasting News at the link below!

Join the discussion on each movie, film or television series we post about weekly by clicking here!

One thought on “DeluxEdition – Black Panther”

Welcome to Delux Designs (DE), LLC! My name is Keara or KD (@K_DougDE) for short, I am the owner and founder of DE. Feel free to check out my site for art, reviews, art travel tips & so much more.
Thanks for visiting!

Visit our motherhood and parenting section for all things baby and family related including blog posts, product reviews and product hauls by clicking here!

Check out our television, movie and book review section by clicking here!

Check out our travel section of our site by clicking here! We include travel reviews, travel guides and much more related to trips, culture and exploring different art around the world!

Check out our sister brand and site on natural hair care tips and tutorials, product reviews, fashion trends and much more by clicking here.