I was first introduced the book The Immortal Life of  Henrietta Lacks during high school for a summer reading project selection right before my senior year began. Me, being rebellious, wanting to rush right through that last year of high school and move on to college did not really want to take the time to read this particular novel at first I can admit. I had never heard of Henrietta Lacks before so in the beginning this topic and historical figure was not a big deal. I figured I would not be interested in the content…..but I was truly wrong. Henrietta Lacks has been chosen for day 8 of the #DEBlackHistory segment as the most important figure on the topic of medicine for black history.

Henrietta Lacks was born by the name of Loretta Pleasant, it wasn’t until she was much older when she changed her name to Henrietta. She was originally from Roanoke, Virginia but at the time of her death during October of 1951, she lived in Baltimore, Maryland. Lacks’ story has been overshadowed for some time now. Really Lacks’ herself has been covered up and displayed as a mystery for years behind what most know as HeLa cells. Back in 1951, there were no laws or anything set in place to protect women, especially women of color, from unethical practices in the medical field. African American women and men were often used as experiments for different science research projects in the name of medicine. Henrietta Lacks was diagnosed by Johns Hopkins hospital with terminal cervical cancer in January of 1951. She would go into each appointment for tests to be done including what we call a biopsy, and other forms of radiation treatments. Her experience was incredibly painful as the medical field was not as advanced back then as it is right now, so many precautionary methods that we use today weren’t used back then. Unfortunately, even with the treatments given, Henrietta Lacks died just nine months after being diagnosed. 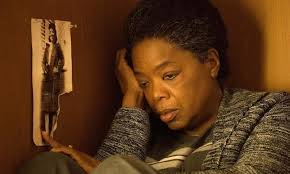 What makes Henrietta Lacks, a black woman, The Mother of Medicine is the discovery that was made during those nine months of suffering she went through. When she would go in for her routine check ups for treatment, doctors would take cells out of her body….without permission. They made it seem as though they didn’t know what Henrietta’s true name was after they would do this, leaving her organs, tissue samples and cells for them to experiment with. Doctors at the time gave them a special name of HeLa cells, referencing back to Henrietta Lacks, but doctors referred to her as Helen Lane which wasn’t her name at all. Sick practice and I’m sure Lacks’ was not the only woman being mistreated this way at the time. But what makes her extremely important is the fact that her cells were the only ones that did not die, they multiplied. This was something that medical researchers had been trying to do for years and could never master at the time. It created a huge medical breakthrough for so many new medicines to be created by simply using Lacks’ cells against the disease they were trying to fight away. The first ground break was the creation of the polio vaccine. Next came flu vaccines, treatments for HIV/AIDs patients and even the Human Papillomavirus Vaccine.

Last year a new movie was released in honor of Henrietta Lacks based off of the Rebecca Skloot’s novel The Immortal Life of Henrietta Lacks to show her family’s struggle to cope with the mistreatment they received by Johns Hopkins hospital. It stars Oprah Winfrey as the daughter of Henrietta in which she goes on an adventure with a curious journalist who sets out to tell the Lacks family story. Check out more information on the film through Blasting News by clicking the link below!

Check out our new #DEBlackHistory collection with new artwork in honor of Henrietta Lacks created by @K_DougDE courtesy of our affiliation partner Society6 Storefront by clicking the illustration shown above!

Disclaimer: Affiliate links have been included in this post in which Delux Designs (DE), LLC receives a commission from any sales made through this post. We assure you, the products featured through DE from product reviews are products that we recommend based off of our own personal experiences from using them.

One thought on “#DEBlackHistory – Black Medicine”

Welcome to Delux Designs (DE), LLC! My name is Keara or KD (@K_DougDE) for short, I am the owner and founder of DE. Feel free to check out my site for art, reviews, art travel tips & so much more.
Thanks for visiting!

Visit our motherhood and parenting section for all things baby and family related including blog posts, product reviews and product hauls by clicking here!

Check out our television, movie and book review section by clicking here!

Check out our travel section of our site by clicking here! We include travel reviews, travel guides and much more related to trips, culture and exploring different art around the world!

Check out our sister brand and site on natural hair care tips and tutorials, product reviews, fashion trends and much more by clicking here.